Dragon Ball Super: this is how Nappa would look in Super Saiyan 3 according to the card game – MRT – Bayl.eu

Do you still remember the old characters from Dragon Ball Z? The anime introduced new Saiyans with the arrival of Raditz, Vegeta, and Nappa on planet Earth; Since then, the protagonists of the anime have had to wait until Dragon Ball Super, especially the Tournament of Power, to see their peers.

As expected, fans celebrated Broly’s return to the anime canon with the premiere of the film “Dragon Ball Super: Broly.” But the question remains: will we see old Z characters like Nappa once again?

Of course, Akira Toriyama has no plans to be reviving the dead. Although fans remain in doubt if this hairless Saiyan was capable of reaching the super saiyan, could it be that his beard turned blonde?

Recently, it has been revealed that it is true that the color of his eyebrows and beard changes with the super saiyan. The Dragon Ball Super Card Game collectible card game features a new version of the character.

As you can see in the illustration, Nappa raises his ki and releases powers from his hands, while the wind blows his beard and turns golden. Without a doubt, he would be a singular fighter in video games. 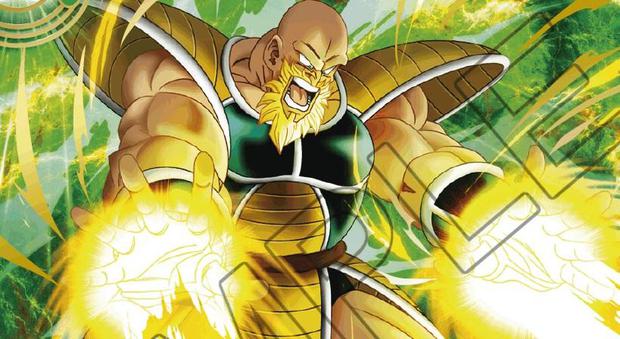 Thirst for revenge for their pets: endangered jaguars are at risk in a fishing village in Mexico – Bayl.eu

Argentina receives Peru with the aim of taking another step towards Qatar 2022: time, TV and training - Bayl.eu

Putin says "it is too early" to talk about the use of cryptocurrencies in the trading of energy resources - Bayl.eu

An Olympic athlete was found dead in her home and they suspect that her husband stabbed her - Bayl.eu