The effect of climate change on coastal wetlands – Bayl.eu

Climate change continues its threatening evolution and the world does not react as it should. The coastal wetlands are suffering the impact and with them the entire chain that begins in them. In the last 40 years, almost 60% of Spanish wetlands have disappeared. Drying out for productive purposes, urban development, excessive water withdrawals, pollution, have contributed to its destruction. But climate change is the agent that causes the most catastrophic effects.

The situation of the sea. which is also affected by climate change, harms this ecological system. The sea level is gradually rising and the surface temperature has risen. These changes harm the corals, many die. As a consequence there is a landslide of the coastline. One of the effects is the loss of wetlands.

Why are wetlands important to ecology?

A wetland is an area that is permanently or temporarily flooded with water, around which an ecosystem composed of living beings of different species is generated. Wetlands can be reservoirs, swamps, lagoons, bogs, marshes, swamps.

They contribute to the decontamination of waters, because in them there are species that filter them. What’s more, play a fundamental role in maintaining biodiversity.

They are also spaces for fishing and tourist exploitation areas that attract eco-tourists. They protect from floods, droughts and other disasters, they provide food and livelihoods to millions of people.

However, the value of wetlands is still not fully recognized. 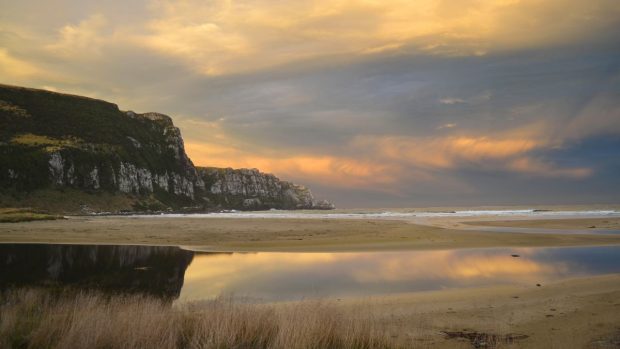 Spain ratified its adherence to the Ramsar Convention, which implies general commitments to conserve its wetlands. Currently, the Ramsar List includes more than 2000 wetlands in the world. This list is internationally recognized for its ecological interest.

There are 74 wetlands in Spain that fall into the Ramsar category, more than 300,000 hectares. This places the country in third place in the world in number of wetlands recognized by this international convention.. However, the state of conservation of the coastal wetlands of the Spanish state is worrying.

The Iberian Peninsula has been suffering the consequences of climate change for many years. Coastal wetlands are steadily deteriorating and the damage is irrecoverable.

Precisely, the state of wetlands is a good indicator of the progress of climate change and the outlook is dark for the world. Every February 2, Wetlands Day is celebrated, and calls to action are made to maintain wetlands.

Understanding what is happening to wetlands is essential to ensure their conservation and wise use.

We invite you to spread this information. You will be contributing to the protection of wetlands and the entire chain that develops from them.

US inflation rate rises to 5.4% in September – Bayl.eu

The Banfield futsal scandal escalated to FIFA, which asked to investigate thoroughly – Bayl.eu

the Star + series that was canceled before the end of its first season – Bayl.eu

The Taliban’s Conflicting Messages: Vindicate Suicide Strikes Against US Troops As They Seek Closer To The United States – Bayl.eu

Bolsonaro and Duque sign a joint declaration on the Amazon, ahead of the climate summit, after their meeting in Brazil – Bayl.eu

The Banfield futsal scandal escalated to FIFA, which asked to investigate thoroughly - Bayl.eu

How to call with a hidden number from an iPhone - Bayl.eu

Everyone mourns Tokyo in the new trailer for La Casa de Papel 5: Did they anticipate another death? - Bayl.eu

Noise displays are intended to encourage motorcyclists in Hesse to be more considerate – Bayl.eu

Beta of « Battlefield 2042 »: Test drive in the Tornado carousel – Bayl.eu