Two years of transfers from Sánchez to Podemos to stay in La Moncloa – Bayl.eu

Pedro Sánchez will also go through the hoop with his new assignment to Podemos, accepting to repeal the PP labor reform, as reported by OKDIARIO today, in which it is the last of an already long list of concessions to the far-left partner in the coalition of Government. This is the list of transfers that Sánchez has made to Podemos during the almost two years of Government between the PSOE and the purple party.

The rise of the SMI

The increase in the minimum interprofessional wage (SMI) was one of the workhorses of Podemos with which the PSOE swallowed without major problems, despite the initial reluctance of some minister, such as Nadia Calviño, who ended up accepting this measure. It was in September when the green light was given to the increase of 15 euros in the SMI, an increase of 1.6%, in what has been the second increase in this same legislature, and with prospects of continuing to revise this figure both in 2022 as in 2023.

Probably, the most important initiative imposed by Podemos and with which the socialist faction of the Government coalition has swallowed up has been the housing law, of an authentic Bolivarian style, which this week went ahead, with measures that include regulating the price of the rents and measures of inspiration as Venezuelan as the fines of 150% in the IBI to the owners of empty houses. An authentic intervention of the market to the taste of Podemos. 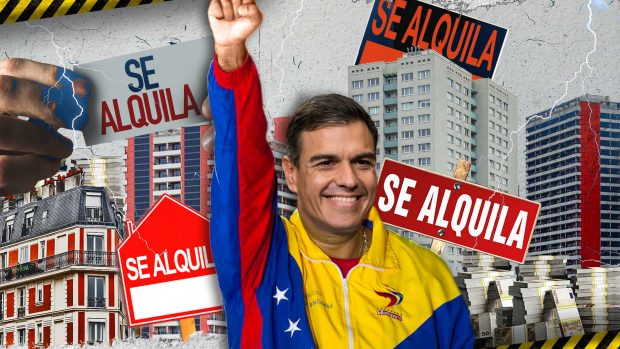 Injuring the King will no longer be a crime

A few dates ago, the PSOE also yielded to Podemos in the far-left partner’s claim to promote a bill to decriminalize insults to the King and Crown, as well as the glorification of terrorism, among other crimes. Although the Socialists demonstrated against the “maximalist position” of Podemos to repeal Article 579 of the Penal Code, they did show themselves willing to “revise” downwards.

As Podemos claimed since he came to the Government, the sustainability factor disappeared from the pension reform in the text of the reform that Minister José Luis Escrivá carried out. This assignment, which OKDIARIO carried out in June, implies eliminating this correction factor for the payment of pensions until 2027.

The Minimum Living Income of Churches

Pablo Iglesias celebrated with great fanfare the approval of the Minimum Vital Income, a measure that, however, had more of a blow of effect at the image level than in real application since, in many points, it overlapped with the existing ones and in numerous cases more generous income already regulated in autonomies and municipalities. As explained by OKDIARIO, this income entails a greater increase in public spending than the supposed beneficial effect that it entails.

Confiscation of profits from electricity companies

Faced with the rise in electricity rates, the price of which has been on the rise and from record to record in recent months, Podemos took the opportunity to demand that Sánchez cut the profits of electricity companies by decree. And, indeed, the Government went against the income of the companies, approving measures to detract the benefits of these companies obtained by the evolution of gas prices in the market, with the hope that consumers in the regulated market would end up paying less by the light. In view of the evolution of the price of electricity in the markets, getting closer and closer to 300 euros / megawatt hour, it has been made explicit that this confiscation of benefits from energy companies has not had benefits on the price of electricity, while it has caused the collapse of these companies on the stock market and an image of pernicious interventionism in the eyes of international investors.

The repeal of the labor reform

And, finally – at least, for now – Sánchez will also yield to Podemos in the labor reform. It is another point that Yolanda Díaz wants to point out, who recently boasted at the Communist Party party that she would guarantee the blowing up of the PP labor reform. And so it will be. The Government of Sánchez wants to delay this reform and remove it from the negotiation of the Budgets for 2022, but Podemos has its commitment to carry out this step.

These are the footballers nominated for the Ballon d’Or 2021 – Bayl.eu

The IMF asks for « clarifying details » in its investigation on Georgieva – Bayl.eu

The IMF asks for "clarifying details" in its investigation on Georgieva - Bayl.eu