Dragon Ball Super: will the image of Bardock be cleaned in the manga? – Depor Newspaper – Bayl.eu

Those who follow the Dragon Ball Super manga know that Goku and Vegeta have been painted villains. Granola and his race were attacked by Freeza and the Saiyans so that their planet is later sold to other races.

Of course, in this situation, Granola has promised to take revenge against the race of primates that landed on the planet Cereal. Where do Goku and Vegeta come in in this new manga saga? Well, they came to this place by a deception of the Heata army.

Both have fallen in combat despite using Ultra Instinct and Mega Instinct. They were about to die but Monite, the last Namek to survive in this place, intervened.

He just lets out a few words that surprises everyone: “who saved us 40 years ago … It was a saiyan named Bardock,” says the wise man.

Will the history of Goku’s father be rewritten?

One of the concerns of the fans is that they want to change Bardock’s story. Let us remember that he only revealed himself against Freeza when he saw his life, his family and his race threatened.

However, in the past, he was a terrible Saiyan who eliminated other races and did not fear his Ozaru version for this purpose. In addition, he put his children to Freeza’s wishes.

We will have to wait for the publication of chapter 77 of the manga, which has been scheduled for October 20. 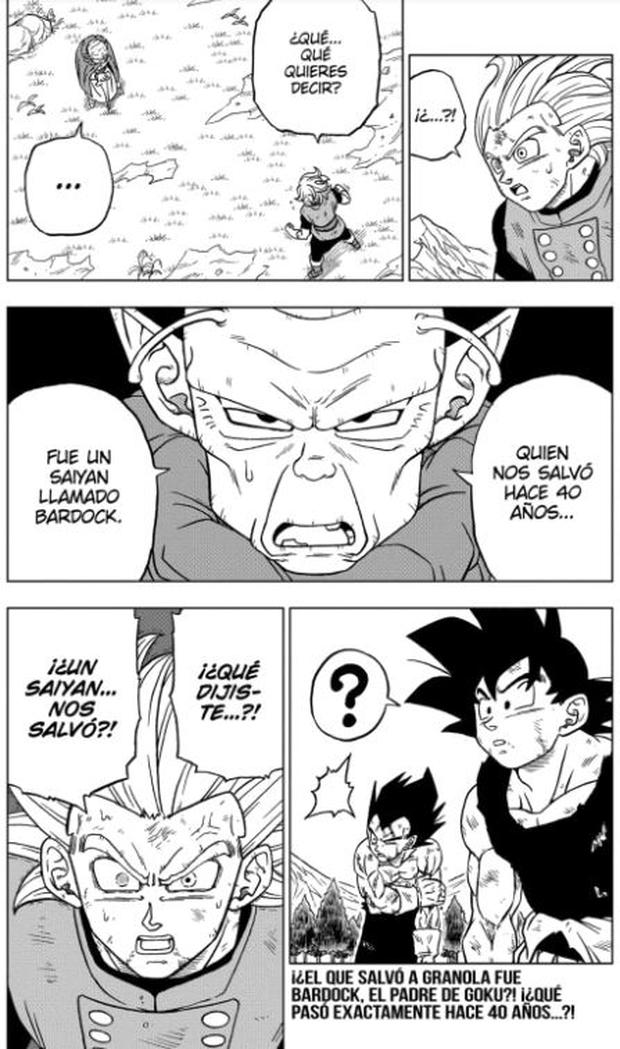 Dragon Ball Super: will the image of Bardock be cleaned in the manga? (Photo: Manga Plus)

The vice president of Colombia affirms that she has acted « in accordance with the law » after the appearance of her name in the Pandora Papers – Bayl.eu

The Mexican Stock Exchange loses 0.39% in line with the rest of the markets – Bayl.eu

The Mexican Stock Exchange loses 0.39% in line with the rest of the markets - Bayl.eu

Andrew Garfield distances himself from Spider-Man and Marvel to star in Netflix movie - Bayl.eu

What will happen if the computer giants do not work again? Edward Snowden asks his users (and gives his answer) - Bayl.eu

Russia suffers a new peak in deaths from coronavirus and cancels all public events due to the advance of the pandemic - Bayl.eu