Dragon Ball Super: Monite has a hidden plan according to this detail in the manga – MRT – Bayl.eu

There is a very particular detail in the Dragon Ball Super manga. Episode 76, belonging to the Granola the Survivor saga, shows Monite intervening in Granola’s fight against Goku and Vegeta. The scene is revealing, but there is something hidden that few readers have realized.

The Dragon Ball Super chapter shows the Saiyans at a disadvantage against Granola, the Ceresian who is currently the most powerful being in the universe. The fight is basically due to the revenge of the new character for the siege of the Saiyans 40 years ago, when the warrior race was commanded by Freeza.

The last scenes of Dragon Ball Super show Monite, the only Namekian on Planet Cereal, inside the Oat-Meal ship. It is in mid-flight that Monite spots Granola and orders the ship to stop, that is, he ran into the fight by chance. 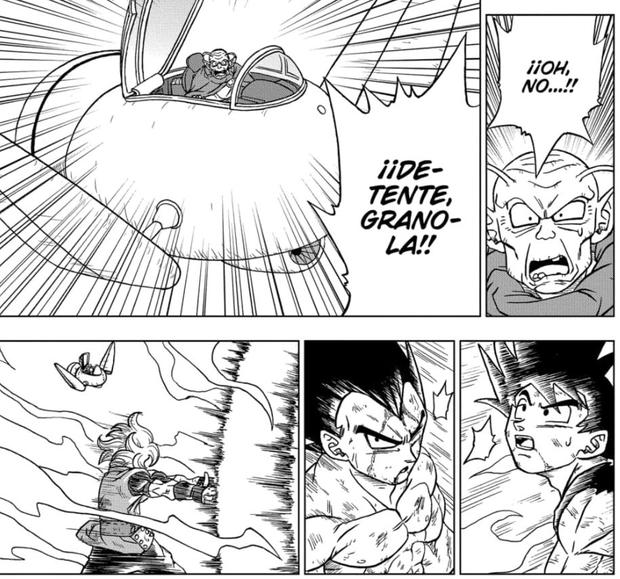 Monite intervenes in the Saiyans’ fight

Where was he going? It seems that Monite has a hidden plan and it is something that Oat-Meal, since the ship left on its own when Granola asks him not to intervene any more in the fight against the Saiyans. What did Oat-Meal go to pick up Monite if it wasn’t to stop the fight?

Everything seems that Monite has something else to do and it is a secret that Granola does not know. In addition, it remains to be clarified why Monite hid the truth. It is not known what is behind that lie that could have prevented the Saiyans’ fight.

Episode 76 belongs to the Granola the survivor saga. The plot consists of Granola’s revenge for the destruction of his planet Cereal by the Ozarus who operated under Frieza’s orders 40 years ago.

Granola is currently the most powerful being in the universe, so Goku’s Ultra Instinct and Vegeta’s Mega Instinct cannot cope with the new threat.

Chapter 76 of Dragon Ball Super is entitled “The Fate of the Saiyans.” The news is that Goku is already recovered to return to the fight after the beating of two chapters ago and Vegeta tries to recover after the defeat in the previous installment.

You can read the new installment of Dragon Ball Super by clicking on this link, which will direct you to the Manga Plus portal. There you can read both episode 76 and the previous three at no cost and so you can catch up on everything that happened in the franchise.

Trapped by mud and out of gas, Venezuela’s floating town dies out – Bayl.eu

Marvel will have to correct this mistake with Captain Marvel after the episodes of "What If ...?" - Depor Newspaper - Bayl.eu